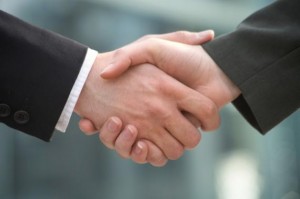 To turn groups of employees into great teams, a powerful first step is to form a social contract — an explicit agreement that lays out the ground rules for team members’ behaviors. A contract can cover territory such as how members will work together, make decisions, communicate, share information, and support each other. Social contracts clearly outline norms for how members will and should interact with one another.

Team norms exist whether openly stated or not. A good leader should facilitate sessions with his/her team to uncover the existing norms, both positive and negative, that impact team functioning. Establishing a social contract can reinforce positive behaviors while helping teams to overcome dysfunctional ones. Dale Hedrick, President of Hedrick Brothers Construction in south Florida, requires new employees to sign the company’s social contract. He notes that this contract ensures a culture of trust, encouragement, respect, accountability, and achievement.

Social contracts have their roots in social capital theory, which emphasizes information exchange and reciprocity between employees, mutual trust and fairness, and shared values and expectations. DaVita, a leading kidney dialysis company based in Denver, CO, is known for its focus on creating a “village” where teammates care for each other, patients, and the company. Everyone understands the social contract — in a village you watch out for, support, and help each other. The company fosters this family mentality by emphasizing shared values, norms, and identity. Their company chant, echoing the Three Musketeers, is: “One for all, and all for one!” This sense of shared purpose has led to a remarkable growth for the company.

Social contracts can be simple but must reflect the majority of the group’s sentiments. A great set of questions to ask is, “What expectations do team members have of each other? What is working well within the team? What is not working well? What should the team keep doing, start doing, and, as importantly, stop doing?”

Behaviors outlined in social contracts may include any positive behaviors that the team wants to encourage such as: Be honest and transparent with no hidden agendas; help each other and do not hesitate to ask for help; have forums to discuss tough issues; cooperate rather than compete with team members. An executive team from a major financial services company recently benefited from its social contract when discussing significant declining sales. Rather than pointing fingers at each other for the poor results, they worked together to find solutions to reverse the decline.

Social contracts may also seek to reduce negative behaviors. In a recent team-building session, one executive highlighted a dysfunctional behavior: “When a team member speaks openly and negatively about another employee, it just sucks the life out of the team. We all wonder who will be the next target.” When crafting its social contract, a team can mitigate these types of harmful behaviors by simply including phrases such as, “Don’t speak negatively about other employees in their absence.”

High-performing teams regularly update their social contracts to improve effectiveness. The process of updating the contract helps reinforce among team members what it means to be a team, to collaborate, and ultimately to excel.

Research indicates that social contracts, if implemented correctly, have many positive benefits, such as giving employees a feeling of control and security in their relationships with their leader and teammates. These contracts also instill a sense of responsibility, accountability, and trust among team members. For the leader, these contracts help motivate desirable workplace behaviors and can discourage dysfunctional behaviors without heavy-handed surveillance.

For social contracts to work, the team also needs to establish up-front how members will handle violations and how they will hold each other accountable for the social contract. Research indicates that violations of formal or even informal social contracts can lead to employee dissatisfaction, lower trust of the leader and/or teammates, and intentions to leave. Teams need to establish procedures for providing candid constructive feedback, addressing differences, and knowing when to bring in the experts to help to get the team on track.

Social contracts can be a powerful tool for a team, but a leader cannot mandate them. All members of the team must collectively form and share the contract. If the leader and team members do not believe in or buy-into the agreement, it won’t work. And as importantly, the leader should model the behavior desired in the social contract. Ultimately, the leader and all of the members must care about each other and the success of the team for the social contract to have any power in helping a team move down a winning path.

NOTE:  I first published this post with Kevin O’Brien in Harvard Business Review in April 2012.