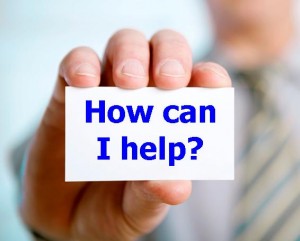 This post was first published in theglasshammer.com on December 17, 2014

“One of the secrets of life is that all that is really worth the doing is what we do for others.” Lewis Carroll

How do you actively back, encourage, and support the people you work with – whether you are a boss, co-worker, or subordinate?

Social psychologists call behaviors we engage in to help others at work – prosocial behaviors. These types of behaviors include having a genuine concern for the rights and welfare of others, feeling and expressing empathy, or doing things – simply put – that benefit other people.

Research has long shown that people who receive helpful and supportive behavior from others at work profit in ways such as higher performance, greater self-worth, an enhanced sense of belonging, lower stress, and an increased sense of well-being.Additionally, a 2014 study in the Journal of Vocational Behavior demonstrated that employees’ perceptions of a supportive work climate by both supervisors and co-workers led to greater employee organizational commitment, engagement, performance, and reduced turnover. Not only are supervisor-employee relationships important, but so are the behaviors among co-workers.

In short, we all have the ability to make a positive (or negative) difference for others in the workplace. So, what are some common supportive and helping behaviors that have the most benefit for others?

While we have the capacity to support others daily through our actions and words, research has also shown that when we help others, we benefit as well.

So take the challenge – ask yourself how you can create moments that matter for others by providing help, encouragement, and support – and, at the end of the day, it is likely to help you as well.

Christine Riordan, Ph.D. is the president of Adelphi University, and she’s renowned for her commitment to diversity, inclusion, leadership development, and team performance.